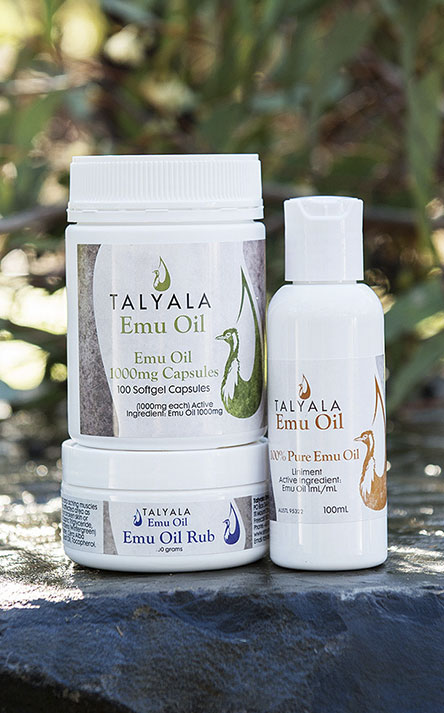 Emu oil for Crohn’s disease and other intestinal conditions

The powerful anti-inflammatory action of pure emu oil can help those suffering from gastrointestinal conditions such as Crohn’s disease and ulcerative colitis. Find out how it may help to ease the inflammation and pain associated with digestive diseases.

What is inflammatory bowel disease?

A general term for gastrointestinal diseases including Crohn’s disease and ulcerative colitis, inflammatory bowel disease affects more than 80,000 Australians. These autoimmune diseases occur when the body’s natural inflammation response fails to switch off, leaving the intestines red and swollen. Symptoms can include abdominal cramps and pain, frequent, watery diarrhoea, tiredness and loss of appetite.

How does emu oil help?

While there is no cure for inflammatory bowel disease, treatment involves managing the body’s inflammation response. Those diagnosed with Crohn’s disease or ulcerative colitis require medication, however, supplementing with emu oil may also be helpful in reducing inflammation and damage in the digestive tract. Emu oil is rich in essential fatty acids omega-3, -6 and -9, which have been shown to have an anti-inflammatory effect in the body.

Is there any research?

Research from the University of Adelaide has showed promising results from the use of emu oil for inflammatory bowel disease. A 2010 study found that emu oil could reduce a type of inflammation in the intestine known as mucositis caused by a commonly prescribed chemotherapy drug. In 2013, a follow-up on rats by Dr Suzanne Mashtoub Abimosleh at Adelaide’s Women’s and Children’s Hospital Gastroenterology Department found that emu oil was also able to promote repair of the damaged intestine after chemotherapy.

Another study by Dr Abimosleh showed that emu oil reduces inflammation of the bowel in a rat model of acute ulcerative colitis. She’s now exploring how the oil may be used to help prevent inflammatory bowel disease progressing to bowel cancer.

How to take it

Emu oil may offer relief from symptoms of Crohn’s disease and ulcerative colitis. Supplementing your diet with emu oil capsules is the best way to deliver the anti-inflammatory goodness of this oil direct to your digestive system. We recommend checking with your medical practitioner before adding emu oil to your treatment plan.

There are no products listed under this category.

Be the first to hear about new products, specials and more!