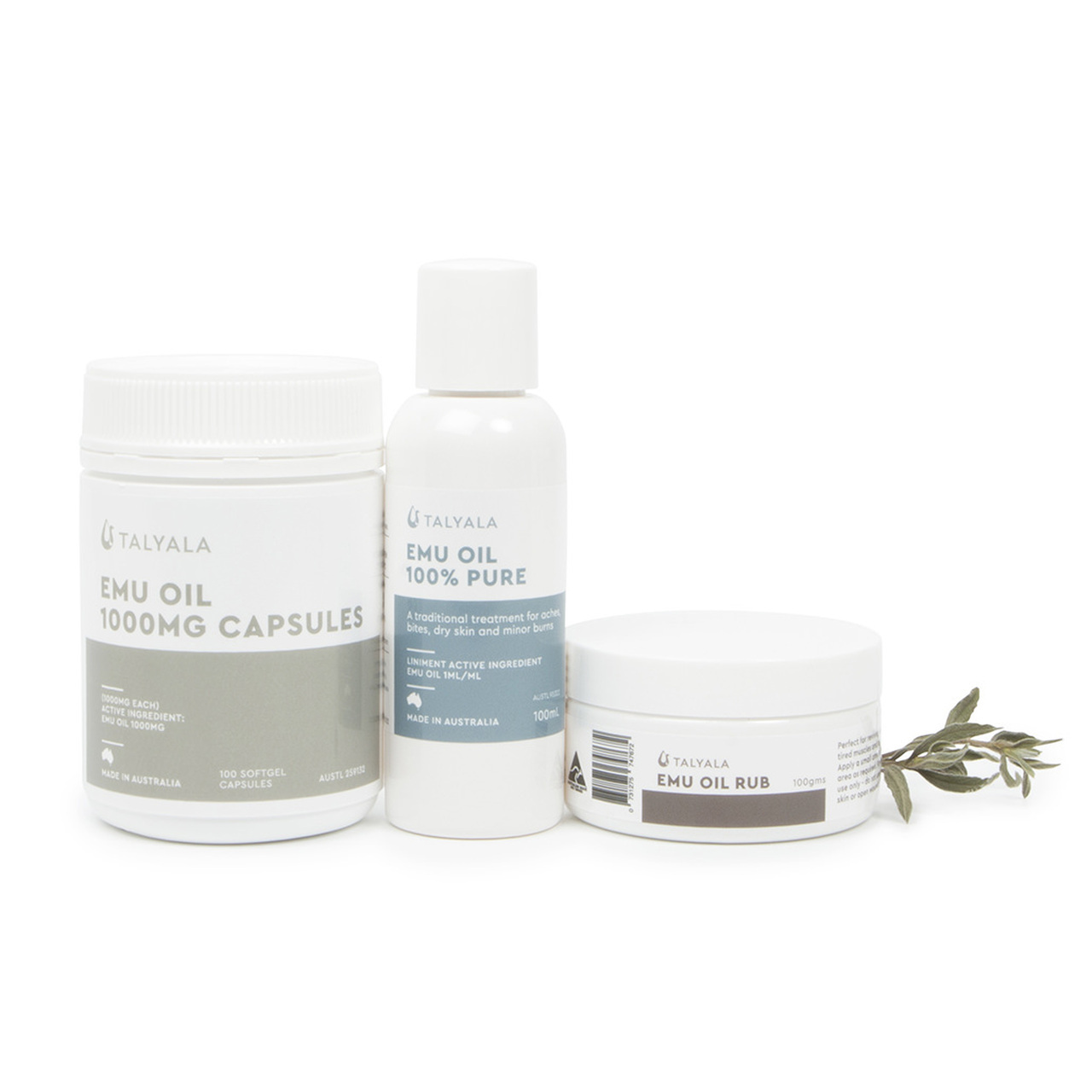 The anti-inflammatory action of emu oil

Inflammation is at the root of many of the health issues we face today, from rheumatoid arthritis and irritable bowel syndrome, to niggling muscle aches and pains. Emu oil may be useful in treating these conditions because it has been shown to have powerful anti-inflammatory action in the body. Here’s what you need to know about using emu oil as an anti-inflammatory.

When your immune system detects a threat such as infection, stress or harmful chemicals, it responds by producing inflammation to protect your cells from damage. Inflammation is usually beneficial – for example, it’s your body’s first line of response to injury and infection – but it can backfire when the immune system mistakenly attacks healthy tissues due to autoimmune disorders such as inflammatory bowel disease and rheumatoid arthritis.

Emu oil contains key nutrients that have an anti-inflammatory effect in the body. It’s rich in the essential fatty acids omega-3, -6 and -9 – dietary fats that have been shown to regulate immune function and the inflammatory response. Emu oil also contains a range of antioxidants and vitamins E and K2 that may also play a role in improving immunity and fighting chronic inflammation.

There is scientific research to back up the widespread anecdotal evidence that emu oil is a potent anti-inflammatory. Most significantly, studies by the University of Adelaide have shown that emu oil decreased acute inflammation in the bowel due to ulcerative colitis and mucositis. It was also shown to repair bowel damage caused by chemotherapy. Other research has indicated that emu oil is effective in reducing arthritic pain, including a 2004 Victoria University study that found that both topical application and internal supplementation of emu oil offered relief from osteoarthritis.

Emu oil’s anti-inflammatory effect may also be useful in treating muscle aches and pains, autoimmune skin conditions such as eczema and psoriasis, and stings, burns, bruises and wounds.

Will it irritate my skin?

Rest assured, pure emu oil is safe to use on sensitive skin. It’s non-toxic, chemical free and non-comedogenic, meaning it won’t clog pores. Instead, it will help to soothe irritation with its anti-inflammatory action, soften rough, dry patches with its natural fatty acids and restore your skin’s normal barrier function.

If your skin is sensitive, it’s important that you choose pure emu oil from a reputable business such as Talyala to ensure the oil is fresh, high quality and hasn’t been diluted with other cheaper oils or combined with fragrances. All emu oil claiming to be 100% pure emu oil should have an AUSTL Number on the label – this tells you that the pure emu oil product you’re buying is listed with the Therapeutic Goods Administration in Australia.

How to use it

Emu oil can be used both topically as a lotion and internally as a dietary supplement. It’s gentle on sensitive skin and easily absorbed, making it a great massage oil. For those suffering from arthritis at multiple sites or from a bowel condition such as ulcerative colitis, dietary supplementation is recommended. A combination of capsules and topical oil is also effective for arthritis and inflammatory skin conditions.

There are no products listed under this category.

Be the first to hear about new products, specials and more!